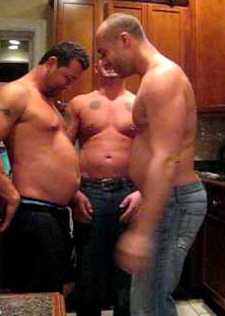 (Another warning to regular visitors--for an unknown reason this site is screwed up.  This means not only are some images I've uploaded not showing up, but the spacing in text is also not what I've done.  So sorry--but I hope you find the text helpful) Hello I'm glad to know there is a guy caring about our community like you,  I always read the posts you make in your blog and, I need to say it are very useful, keep on the good work it is awesome!.

As you know I'm running my own blog at http://elgainer.blogspot.com One of my readers asked me some questions than I'm really not able to answer, I hope you can help me a bit with it. He said than is ok to post it in our blogs as long we won't use his real name or information about how to contact him, so It will be ok if you want to use it at you blog.

Well I'm talking about a big gainer who already has reached its goal, he is pretty fat now, he is in his 30's, openly gay and occasionally looking for sporadic encounters with admirers and people from the community, but he has the idea of getting something more serious with the right guy. He is a Latino guy living in Florida, so he has had the chance to interact with the feeder-gainer community there. I'm actually not sure about how to pose the questions for you. The truth is that even if I know a little about this topic, I thought it will be best to consult first about this particular situation with you. So I'll leave the questions just the way he told it to me, but translated in English:

"Hey, I'm not sure about how to exactly approach to it; I've always had a small "trauma" with the chasers, admirers or feeders about my penis. I Usually feel like they have some kind of obsession for my fat bodie and giant belly, at the degree that they forget  than I want to be touched when we are on the bed and about to have sex, I sould like to recieve oral sex, and other things like the penetration too, but I have the impression than many of them don't even heed my penis. Actually is a very delicate topic because it is like the extent of the excitation is my chubby body, and they forget I'm a man with a penis, so sometimes I have sex felling like I'm not getting any pleasure from it, and in some cases I'm the one who have to do oral sex, striptease, stimulate the guy, masturbate him... but they don't do nothing about me, the doesn't touche me beyond my belly and fat folds.

My question on here is if this behavior with the excitement is an extent of the visual stimulation or more a variant of the intercourse. I wonder about what's exactly the point of it when there is not sexual interest in the penis?, why this kind of situations happen to me and how I can deal with it?. I thought at first instance than it was not very common, but I don't anymore since I had experimented them al least with 5 guys around the community. "

I hope you found it interesting and you can help me a little with it.
Greetings from Mexico from your reader fan. 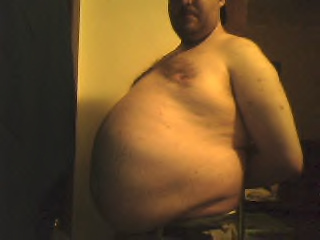 Happy to offer some observations and suggestions. Let me begin by saying as someone who has spent years working with heterosexual couples who were usually married, there are many males who are really pretty bad at “love-making,” and I am using that term specifically. They tend to be good at “self-pleasuring” because I suspect they have had a number of years of practicing on themselves. I think for a lot of men who are turned on by well bellied men, much of their focus has been on visual images through Internet sites or magazines. The end result of this is their (and this includes straight men who have more hours spent on porn sites than with actual women) sexual interaction is pretty much “scripted.”  In other words, with relatively little variation, the guy will seek out the object of his desire, and then have internal “movies” inside his head while he stimulates himself to the point of orgasm. This takes little effort on the part of the male, and frankly, the more he does it, the more efficient he gets at it.
The problem arises when such a gentleman actually has to interact with another human being—male or female, slender, or properly padded. If you’re a regular reader of this blog, one of the most common problems I find between couples of any type is what we call “mind-reading”—this is the idea I know if I do a particular behavior, this is what it means—and if I see you do the same behavior, I assume it means exactly the same thing to you.  And a lot of times, the “mind-reading” goes terribly wrong.  In what you’re describing, partners of your well-fed friend are apparently following their “script” or their “mind-movie” and get the results/orgasm they expect.  In their “mind-movie” I suspect they aren’t seeing their partner being equally pleasured, because—hey—he DOESN’T EXIST.  The partner in the “mind-movie” is imaginary. 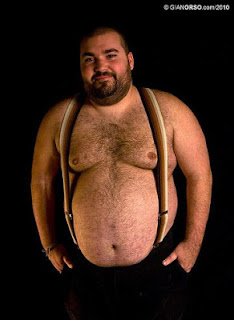 Here’s something you might appreciate as a Latino, as I do as a person of color. If you date outside your ethnicity, particularly with people of European ancestry, you have a lifetime of being exposed to European/Euro-American culture from movies, books, television and work. But it means you end up having to “teach” a White partner about what it means to be from a community of color, where we may do things in a different way.  For example, many communities of color teach their members not to ask for something directly, but “hint at it,” or ask for it indirectly.  For a lot of White people, they will never even register that something was requested because it wasn’t asked for directly.

And this brings us back to your friend. If he’s not getting what he wants out of the interaction, then he’s being exploited.  He’s being used, and that’s apparently how he feels about it. This means he may have to take a lot more direct action at being very specific at negotiating what the expected roles are between the two of them. This negotiation takes place before the clothes come off or a body part gets exposed. If he wants oral satisfaction from his partner, he needs to be upfront about it before he performs on his partner. Remember, since a number of men are inexperienced (and very poor) at pleasing their partners, they may not be very good at what it is they are supposed to do.  In some Latino cultures, there is also a macho aspect where as long as you’re in the “active” insertive role, it means your community won’t consider you to be gay.  That means your friend may face a percentage of men who will be happy to receive a blow job, but will refuse to reverse roles because that would mean “they are gay.” Just so, such a man may be willing to perform insertive anal sex, because by their logic, your friend would be the “gay” one, but he’ll think of himself as straight because he’s the “macho” one.

On a completely different level, you haven’t shared exactly how large your friend is. For some very large men, depending on the size of the penis of the “top,” insertion may be challenging.  If this is the case, even a guy who is willing, may not physically be able to top your friend. There are some resources out there that offer suggestions for how to more effectively have sex with really large people. Another solution is for your friend to have appropriate sized dildos or other sex toys available for his partners to use. An example of a book on this subject is Big Big Love, Revised: A Sex and Relationship Guide for People of Size (and Those Who Love Them) by Hanne Blank. The revised version has more inclusion for gay and bisexual men. Again, not knowing how large your friend is, for some (but not all) men, the more they gain, the more fat accumulates around their penis (this is sometimes called by the slang term in English “fupa” or “fat upper pubic area”), so their penis can become so surrounded by fat, it becomes difficult to access. If this is the case with your friend, some of his partners may have little or no experience in how to do effective oral sex on him.  Again, the book can offer some guidelines of how best to handle this.  You mention your friend is Latino, and lives in a very multi-ethnic community. Many Latino men are uncut, and like many men of color (and these days, an increasing number of White Americans) may need some additional attention to hygiene issues before oral sex, although there are certainly some gay men of various ethnicities who are especially turned on by what in English slang is called a “cheesy” penis. This is also technically called “smegma,” but I don’t know the Spanish word for it. This would be an excellent example where an experience that’s exciting to one person will be a major turn-off for another. This is where negotiation plays such an important component. 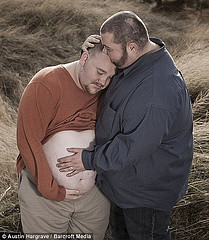 I once heard another therapist explain a BTN relationship.  BTN stands for “Better Than Nothing.” The question a person has to learn to ask is—“At what point do I accept the idea I deserve more than a BTN?”

I’m not saying this is easy for your friend. It means learning and practicing a whole new skill set of how to negotiate sex with a potential partner, and also learning to say “No,” if the other person doesn’t want a fair exchange.  Your friend will also have to (and he needs to do this WAY before he is in front of a potential partner) figure out what is and isn’t a “deal breaker” in negotiation.  In other words, in an ideal world (or how your friend directs his own “mind-movie”) your friend would be orally pleasured as well as enjoy being a bottom-and for all I know, a large piece of chocolate cake afterwards. But in the company of a real flesh and blood partner, he may choose to settle with oral and a dildo, or accept the fact a particular partner simply isn’t going to pleasure him orally. The Big Big Love book can also offer some additional suggestions of how a wonderfully large body can be used in sexual ways.  You haven’t shared how your friend attracts his partners, but if he does it through personal ads or on-line profiles, he can be very upfront about what he expects in bed, which will allow him to eliminate some potential partners who will be just as unsatisfactory as his previous people. 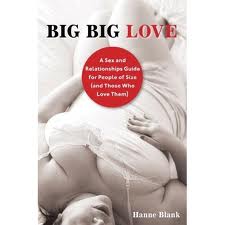 Finally—if your friend doesn’t start being direct about his own expectations, after at least five interactions that have been unsatisfactory for him, I’m going to predict interactions six and seven are going to be just as much as a disappointment.  The other side of this—if a partner—male or female—or other—uses the opportunity to teach a partner how to be a better lover/sex partner, he not only gets more pleasure for himself, but he leaves a lover who will be in much more demand for other partners as well—so it’s what we call in English a “win/win” situation, or as is also said in English, “you play it forward.”  This means you do something that you realize can benefit someone you may never meet, but the law of Karma suggests this will still benefit you on some level. 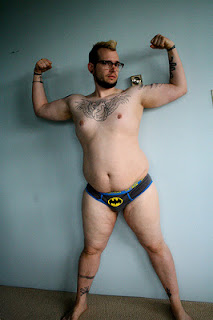 Posted by Professor Fatology at 2:27 PM